This Primer is designed to introduce basic UNIX/Linux shells command. No prior Unix experience is necessary.

Unix/Linux Primer
Taras V. Pogorelov and Mike Hallock
School of Chemical Sciences, University of Illinois
August 25, 2017
This primer is designed to introduce basic UNIX/Linux concepts and commands. No prior knowledge of Unix/Linux is required.
1 Filesystem Basics
In Unix, the first central concept is that of a filesystem. It is the hierarchical, tree-like structure that provides a unified namespace for everything on the system. The tree is made out of directories that in turn hold files and other directories.There is a special directory, called the root directory, that represents the very top of the filesystem, and all files and directories are decedents of it. It is written as the forward-slash character (/). A path is a sequence of directories one must travel to reach a target file or directory. An absolute path is one that begins at the root, and therefore begins with a forward-slash. A path is constructed by joining the directory names travelled to reach a file together with forward-slashes. Consider the following absolute path:
/path/to/my/file.txt
The file, file.txt is located in the directory my, that is located in the directory to, that is in the path at the root. 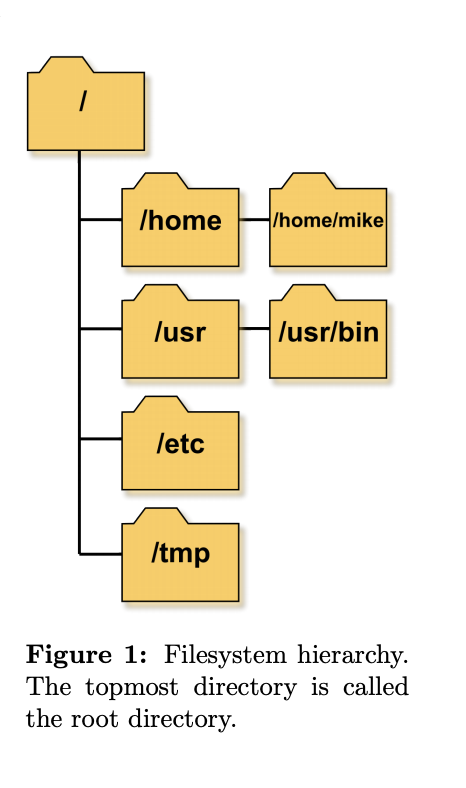