Your AWS account automatically comes with a default VPC in each region (and a default public-facing subnet in each Availability Zone) which you can use for many purposes without needing to know anything about Amazon VPC.  This includes interacting with University of Illinois services like Shibboleth which are designed to be reachable from the public Internet.

If you don't have any special requirements for accessing non-public resources either on the campus network or in other AWS accounts besides your own, the default VPC may be all you need (in which case you may safely skip reading the rest of this page).

Your Enterprise VPC must have either a Transit Gateway attachment or a peering connection to a Core Services VPC in order to use these services.  Some additional configuration may also be required.

The figure and table below summarize which communications are possible for each type of subnet: 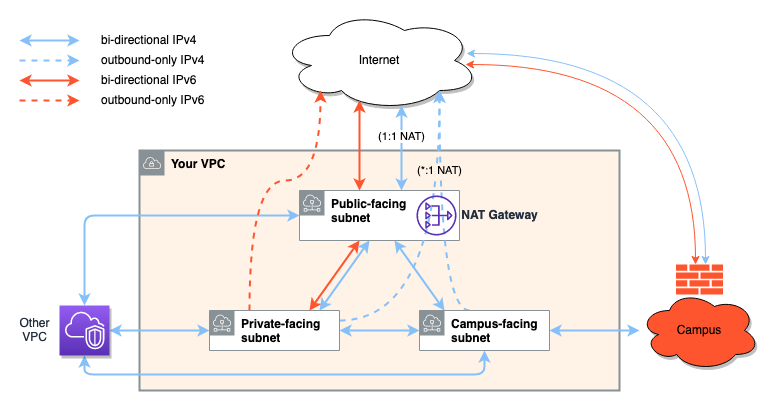 The diagram below shows an Enterprise VPC with IPv6 enabled, all three types of subnets duplicated across two Availability Zones, a Core Services Transit Gateway attachment, and several other optional components.  Most Enterprise VPCs will not need all the elements shown here. 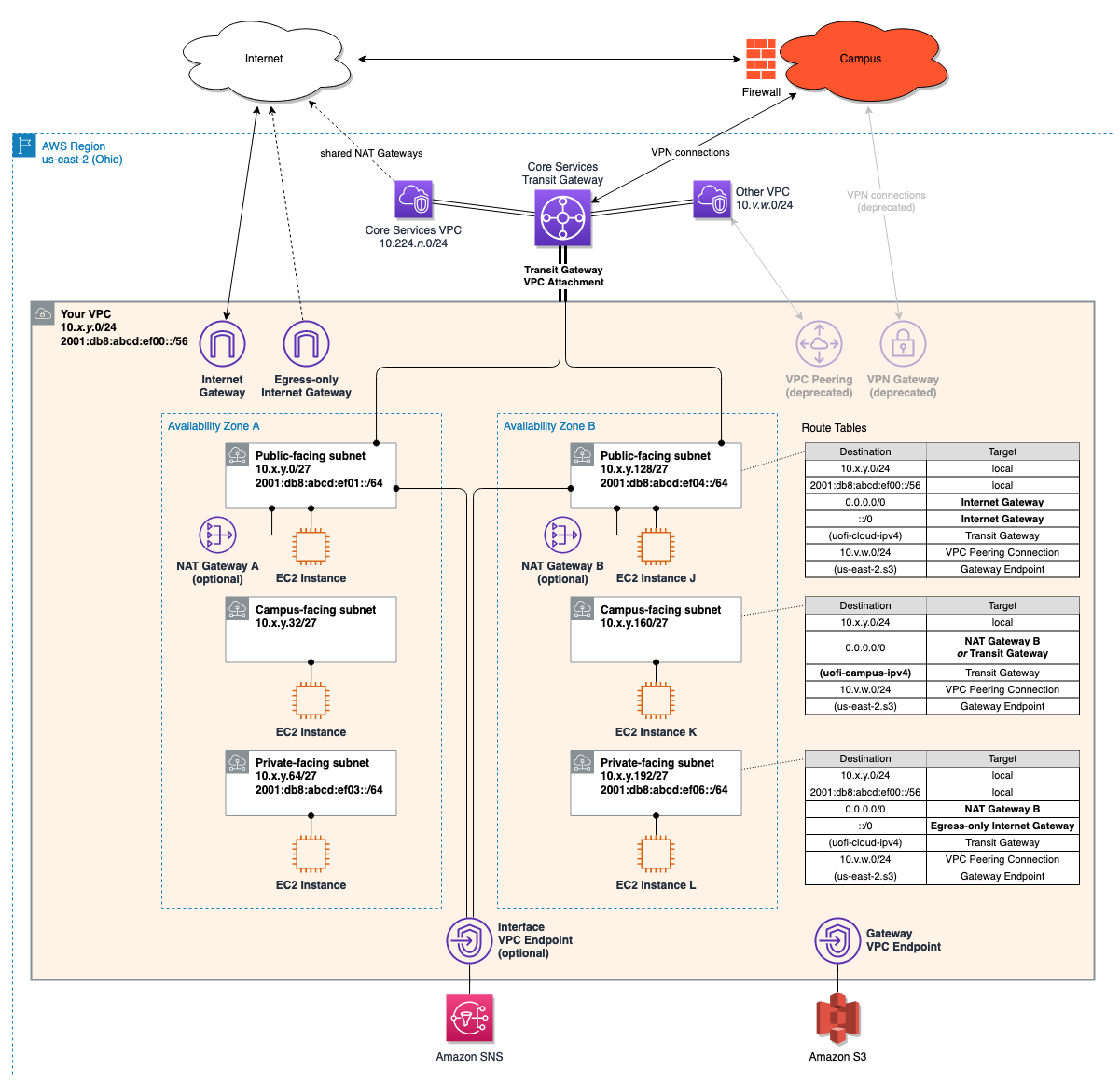 How to Build Your Own Enterprise VPC

Q: Why can't I just create a single "everywhere-facing" subnet which routes default to the Internet Gateway and campus prefixes to the Transit Gateway?

Q: Will my resources in public- and private-facing subnets automatically use IPv6?

Q: How much will my VPC cost?